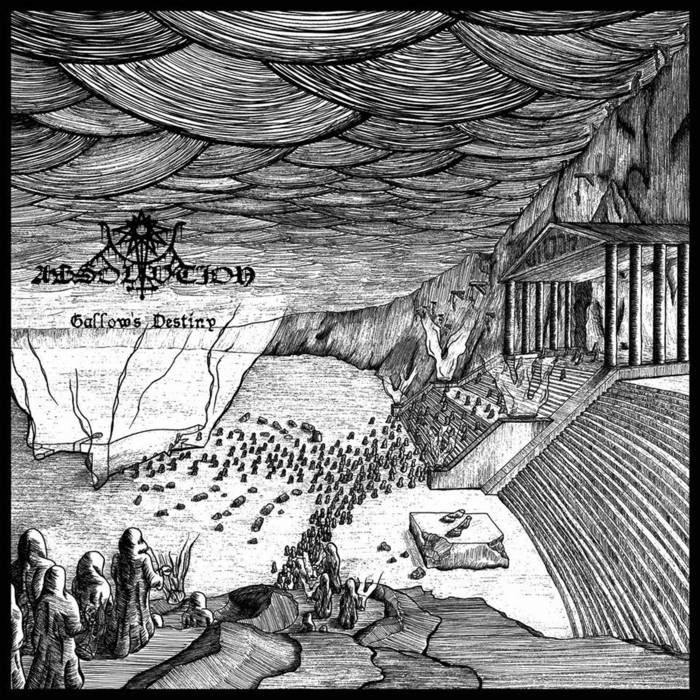 Absolvtion announced his return with their debut EP titled "Gallow's Destiny" on CD under the banner of Atavism Records.

01. Gallow's Destiny
02. The Lion's Face
03. Spriritual Ascension
04. Concrescence of the Opposite

After a first release shaping what will be Absolvtion, the band goes on his path with a debut EP that unveiled a heavier music and more mature.
Their sound approach can be compare to notorious acts from the Black/Death scene such as Vassafor Temple Nightside, Pseudogod or Archgoat.

For this new offering, the band worked hard on the production, reinforcing the compositions.
The lyrics deals with the human condition, his report to religion and the desire to rise above the masses and reveal his true nature.

Absolvtion continue to affirm themselves to the french Black/Death metal scene.